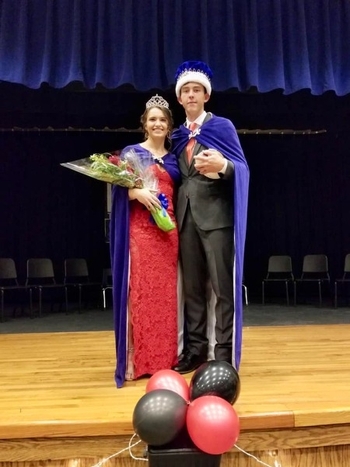 Queen Abbie Hrouda and King Cole Jackson will reign over the homecoming festivities all week! Homecoming week runs from Monday, September 26, through Friday, September 30. Students in grades 7-12 are eligible to dress in appropriate costumes during the week as part of the spirit competition. On Tuesday, September 27, the cheerleaders will host a volleyball, softball, and cross country pep rally at 2:30 PM at the school. Later that evening, at 5:00 PM, the JV softball team will play Wisner-Pilger at our Sports Complex, with our varsity girls’ softball team to follow. At 5:15 PM, our varsity volleyball team will play in a triangular at home. Student Council will sell “Apple With the Works” during the volleyball games. The public is invited to attend.

On Friday, September 30, the football team will host West Point Beemer, high school. Royalty will be recognized at halftime of the football game, and the spirit trophy will be awarded to the winning class. Weather permitting, a victory march to the main street is scheduled at 1:15 PM that day. The march will stop at the intersection of 3rd and East street near Bank of Dixon County. A football pep rally will follow the march. The public is invited to bring lawn chairs and gather near the bank to watch. After the rally, the 7-12 grade students will participate in a dodgeball competition at the high school. (In case of inclement weather, there will be no victory march, and the pep rally will begin at 1:30 PM in the West Gym.)  The public is invited to attend.

See the dress-up days below the royal court names.

The dress-up days are based on Netflix series and characters and are as follows: 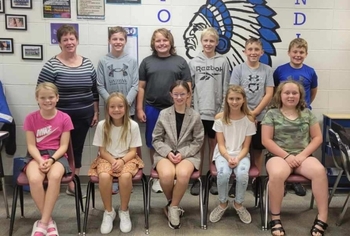 The representatives met Wednesday, Sept. 7, 2022 from 3:40 to 5:30 for training. Their first meeting was conducted using parliamentary procedure and they elected four people to the offices of president, vice president, secretary, and treasurer. Parents, community members and school staff attended the installation ceremony held in Mrs. Stewart’s  room at 5:30.  The following students are the 2022-2023 student council representatives with officers designated:

Lunch accounts are set up as individual accounts for each of your children. DID YOU KNOW YOU CAN PAY ONLINE!!!!!  Ponca Public School District is happy to be partnered with e~Funds for Schools so that parents have the ability to pay online. First time users need to register their information. A step by step handout will be provided at the Back to School Night, Tuesday, August 9th. If you have problems, you can contact Mrs. Kristie Hayes at kristiehayes@poncachool.org.